The daughters of a French railway engineer are thrown together, with a number of British and French soldiers, in the aftermath and turmoil of events that followed the Dunkirk evacuation in 1940.
Following an emotional and traumatic escape from the advancing German forces they arrive in England. As a result of their experiences, and the manner that they combated the Nazi regime, the three sisters, all civilians, are seconded, along with the survivors of their group, into the intelligence section of General De Gualle’s newly formed Free French Force.After extensive training in England where the younger members start to form the inevitable bonding and love interests, they return to occupied France to undertake a series of missions considered vital for the liberty and honour of France and its Allies.Despite living in fear of capture or betrayal, they liberate bullion in transit from the German SS which had been stolen from a prominent Jewish community in Tunisia while it was being transported from Tunis to Bordeaux in France. Later, they are involved with a train robbery to recover millions of francs destined for Germany from the Vichy coffers.As the Allied forces land in North Africa they are delegated to delay German troops who are re-occupying Vichy France in an attempt to stop the French Navy based at Toulon from handing their ships to the Allies.Part of their brief is to liaise with the resistance loyal to General De Gaulle and to train a number of them into small commando units ready to disrupt any German Forces as they attempt to move north to meet the Allied invasion forces who will inevitably arrive in northern France.During their operations, the three sisters take leading rolls in the assassination of the perpetrators of horrific actions of both the Milice forces sending Jewish civilians to the labour and death camps in Germany and also the person considered responsible for the massacre of hundreds of the civilian population of the village of Oradour-sur-Glane in the Limousin.The story concludes with re-union of the team a number of years after the end of the war.


If you lost everything that made you who you are could you recover?Would you be stronger than before or would you crumble under the mountain of grief?When Cassandra Myles is faced with this question her answer is to do what ever it takes to move on. She rebuilds her life and finds happiness once again. She doesn't do it alone, she has two very special men in her life, who have been there for her while she has recovered. One is her boss. His name is Quintus and he is a very old and very powerful vampire. He took her under his wing when she needed someone and now she would do anything to repay that debt. The other is her roommate Declan. He is caring, charming, gorgeous and in her eyes perfect in every way except one. Cassandra feels they are meant for each other and Declan feels he is meant for every woman who walks in his bar. Life might not be perfect, but it was filled with possibilities and she was going to meet them with strength, courage and when all else fails a huge dose of sarcasm.Then Quintus comes to her and tells her what was once lost can now be restored. A painful part of her past can be undone. Will this make her life complete or should some things remain buried.This novel contains several erotic scenes that may cause an increased heart rate and other more pleasant side effects. This novel is not meant for a younger reader. 18 +

The Dark Queen has escaped her prison and Cassandra was the one who opened the door. Now Cass wants nothing more than to be the one to kill her. Quintus, Lucius and Na’min all promise to help, but she knows it will come down to her to do the deed. She wants it to be her. Mab has killed Declan, her mate and best friend and she threatens to spread her venom to the human world. Cassandra feels responsible for letting her out and for every evil crime she commits. Killing the queen of darkness won't only give her the vengeance she desires, but also the redemption she needs.Only intended for those over 18 years of age

Sloane is a sexy professional thief who has been hired by some of the richest and most powerful men in the world. She helps them complete collections they legally can't own. Precious artifacts, royal jewels and any other treasure that may be hard to obtain. Its just a game to them, but it has made her some very powerful enemies.The most powerful of them all is her estranged husband and head of the Russian mob. Sergei isn't used to being stolen from or rejected. Sloane has done both. Will she be able to escape his clutches? Will the man he hired to capture her let her go or turn her over?It seems bleak, but Sloane can be very persuasive and she will use any trick of the trade to get away. (pun totally intended)If you like an erotic story that will not only turn you on, but also has characters that will entertain you as well, then Russian Pawn is for you. It gets intense, dirty and rough and Sloane gives as good as she gets. This story is meant only for people over the age of 18 the themes and content are very mature.

All the above books and more are seen on her website: www.electagraham.com 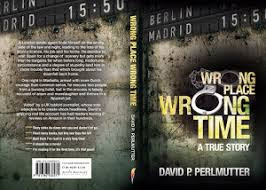