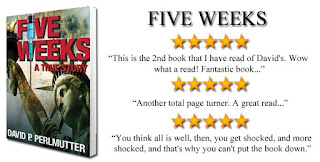 This is another true story and this time set in London, Eastbourne and America! I worked for an Estate Agent in North London and I attend a party along with my friend Steve in Islington. Then just after Steve disappears to the loo, two guys come into the kitchen where we were and dragged me across the floor punching me in the face and ripping my hair out.A few months later I'm threatened by the same guys from the party, BUT this time with a gun in my back and told if I'm seen in the area again, they will have no hesitation in using the gun. So after resigning from my job, I was invited to spend Christmas in Eastbourne with my girlfriend Jenny at her parents place . We decide to stay and move to Brighton where I was offered a job as a tele-sales manager for an American portrait company, but first must take a trip to Pennsylvania for a five week training course. FIVE WEEKS is a story of those weeks in America and where in a remote Pennsylvania woodland, I was nearly left for dead by my cocaine addict boss and his brother!If you like this book, why not take a look at my other true story, WRONG PLACE WRONG TIME where I was wrongly CHARGED for arson and manslaughter in Spain. The book has received over 320 x 5* reviews across Amazon and has been #1 in TRUE CRIME in America, Australia and #1 in BIOGRAPHY in the UK!Some reviews for FIVE WEEKS!I have read Dave's other book "wrong place wrong time" and throughly enjoyed it, so when I found out he'd written another book I jumped at the chance to read it.Five weeks is equally as entertaining as wrong place wrong time, the story's about a dream job in America that turns into a five week nightmare where he's fled for dead in a Pennsylvania forest.5* Dave's life would be equally as exciting if it was a prime time to show or a hit movie.5* I read Wrong Place Wrong Time and this is equally good (if not better), fast-paced true story of the innocent North London estate agent coming a cropper in the States. A scenario, which is one of my personal nightmares .5* FIVE WEEKS is equally as entertaining as WRONG PLACE WRONG TIME!5* Review from America! Action Packed. Fantastic. Great Writing.5* I’m an avid reader of both fiction and non-fiction. However, it’s rare for me to encounter a piece of fiction that I enjoy enough to spend the time to write a review. Good fiction, in my opinion, is engaging, reveals something important or interesting about some aspect of the human condition, and—above all—has good story-telling. Five Weeks succeeds in all of these areas. The writing is witty and highly original. Read the first chapter and you’ll be hooked.4* This is an easy to read book, about an estate agent who due to circumstances leave London. He lands a job as a tele sales manager and has to go to America for five weeks of training. The adventure starts for real then. I really enjoyed this well written novel.5* Having read the authors first book, WRONG PLACE WRONG TIME which I loved, I had to read this and wow.This is a great story and one yet again I will recommend.

How Humble Am I? VERY!

How humble am I? Very!

After my latest book signing at WHSmiths in Watford on Friday, a week after my gig at Waterstones, also in Watford, I am truly humbled, yes that word again, to say that I've sold and signed multiple copies of my book Wrong Place Wrong Time. In fact, the figure is well into the hundreds now. Some of the buyers I’ve charmed or even accosted in my own friendly way, informing them of how many 5* reviews the book has achieved, over 500 on Amazon and other book sites.

Also to express how proud I am that the book is #4 in the charts at the aforementioned Waterstones shop, just behind The Girl On The Train with signed copies displayed within the shop and in their window. But I would add that many people bought the book in order to support a local author.

I get goose bumps every time I walk past a book shop on the high street and see my book on display in their window. This is the stuff that authors dream of, but for me this has become reality!

The majority of the books I've sold recently were bought as Christmas gifts, either personally dedicated or just with my signature. To think that on Christmas morning, there will be people all over the UK, who will be eagerly unwrapping their presents to find a copy of my book, with my mugshot staring at them. Just hope that doesn’t put them off their Christmas dinner!

Honestly, it is surreal because at the end of the day, who am I? No one, and to think that people pay for my book, is just an overwhelming feeling.

I enjoy meeting people, talking with them and for them to ask about my books and to congratulate me is something I had only ever imagined. Then for them to ask for my signature and for a photo, I feel like a celebrity.

Yes, people want a selfie with little old me.

I have completed about seven book signings so far over the past couple of months, some with a charity element, with a percentage of proceeds being donated to Cancer Research UK and Rays of Sunshine. I have more events lined up before Christmas and even more booked with Waterstones, WH Smiths and various other venues across the country for early 2017!

I would just like to say thank you to BE Offices who have hosted me a few times, with proceeds from sales going to their nominated charity Rays of Sunshine, so thank you to them.

To every author out there, a book signing is not just about selling books, well of course that's the ultimate goal, mainly because for me it’s my living, but it's more than that. It is an opportunity to mingle, converse, inform people about the books and to be honest, just enjoy the limelight. And I am most certainly doing just that!

So after my book signing at Waterstones in Watford, Hertfordshire last week, I popped into the shop to thank them and I was blown away when I notice my book, WRONG PLACE WRONG TIME at #4 in their charts on the shelves!

Here are some photo's I took: 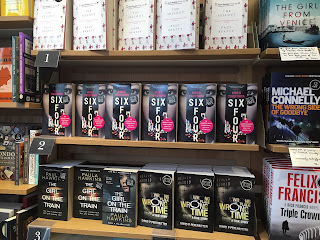 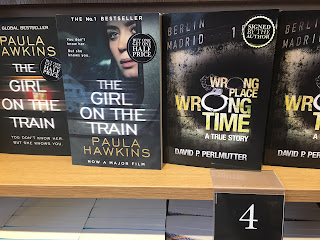 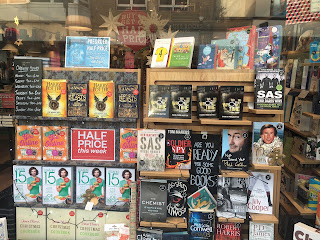 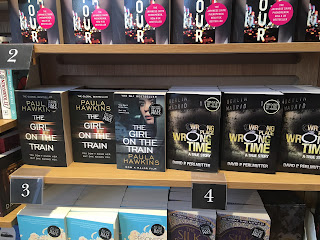 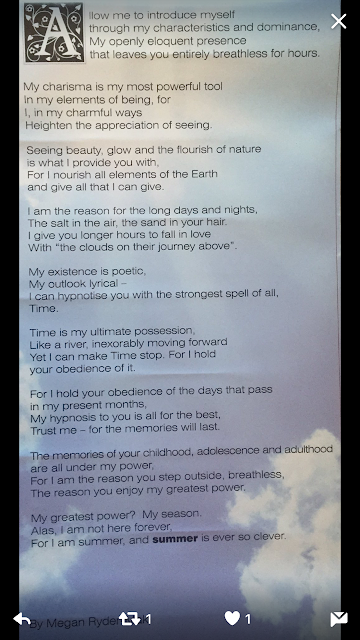