The Boy With Only One Shoe: An illustrated memoir of wartime life with Bomber Command by John Henry Meller and Caroline Brownbill

The Boy With Only One Shoe:

An illustrated memoir of wartime life with Bomber Command 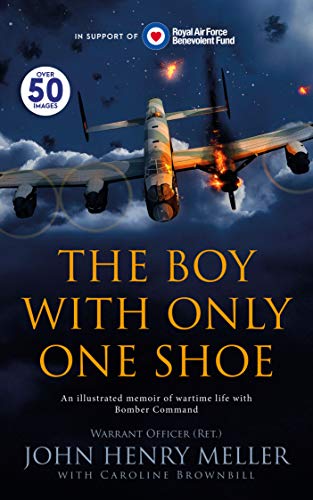 55,573 .... is the number of Royal Air Force Bomber Command aircrew who lost their lives during World War 2. That's more than the total who serve in Britain's RAF today.With a terrifying 46% combat attrition rate, an Avro Lancaster Bomber was one of the most dangerous places to be during the conflict. Yet no one was enlisted to become aircrew: all were volunteers. So, at a time when Britain stood resolute in its fight against tyranny and oppression, young men from across the globe did just that.

At just 18 years old, John Henry Meller was one such man.The ordeals and sacrifices endured by John and his generation were crucial to the success of the Allied nations.

In the words of Winston Churchill, Great Britain's wartime leader:"Hitler knows that he will have to break us in this island or lose the war. If we can stand up to him, all Europe may be free and the life of the world may move forward into broad, sunlit uplands ...... Let us therefore brace ourselves to our duties, and so bear ourselves that, if the British Empire and the Commonwealth last for a thousand years, men will still say, "This was their finest hour."

As few remain to bear witness to that time, John - together with daughter Caroline Brownbill - have chosen to document his vivid recollections of wartime life.

Join him as he shares what it was like to crew a Lancaster over Europe, during the darkest days of the War.

Buy Your Copy Of The Boy With Only One Shoe

New Single - The World Must Change by Mike Holoway

The World Must Change 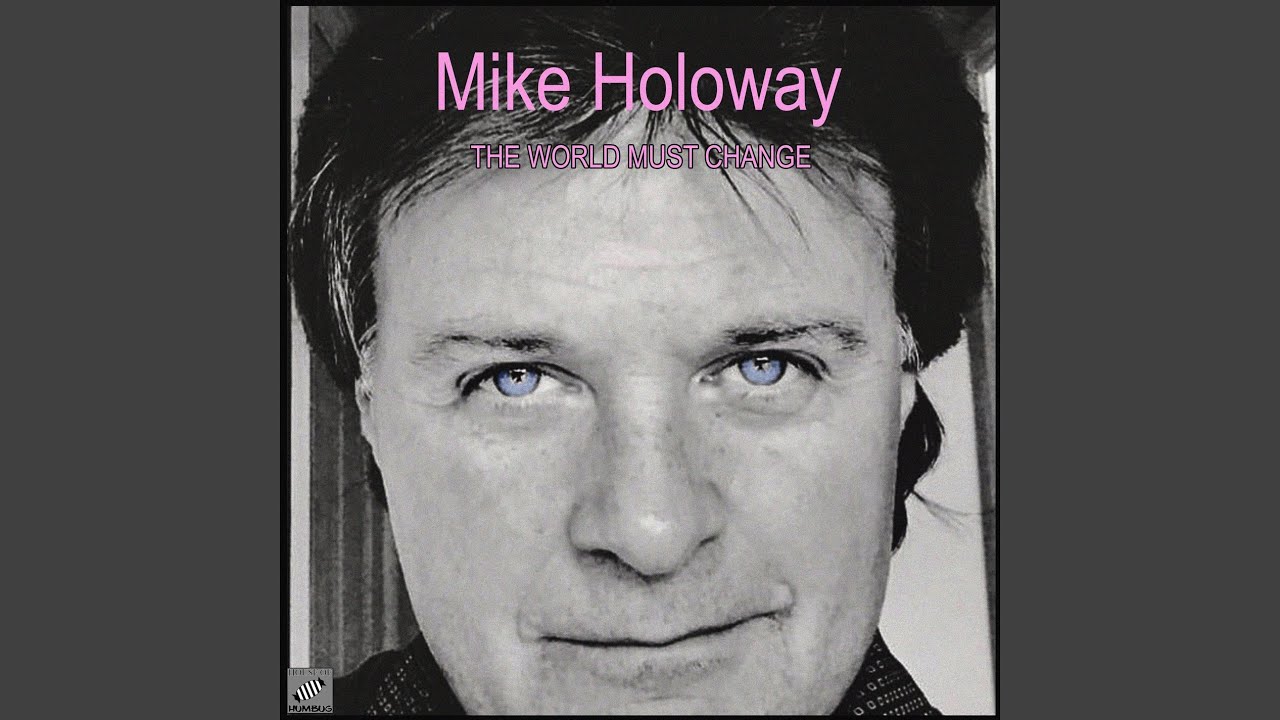 Listen to The World Must Change

Elizabeth Hamilton Guarino is one of America's most trusted mindset, leadership and personal & corporate development consultants.
As the Founder and CEO of Best Ever You and Compliance4, Elizabeth has helped thousands around the globe be their best and achieve world-class excellence.
As a trusted leader, influencer, consultant, trainer and speaker and Hay House author, Elizabeth provides development and training to individuals and organizations around the world.
Elizabeth is an honors graduate of St. Ambrose University and currently attends Harvard Business School for Leadership.
Visit ElizabethGuarino.com and BestEverYou.com
Posted by David P Perlmutter 0 comments

Meet The Characters in Write To Kill

Meet The Characters in Write To Kill 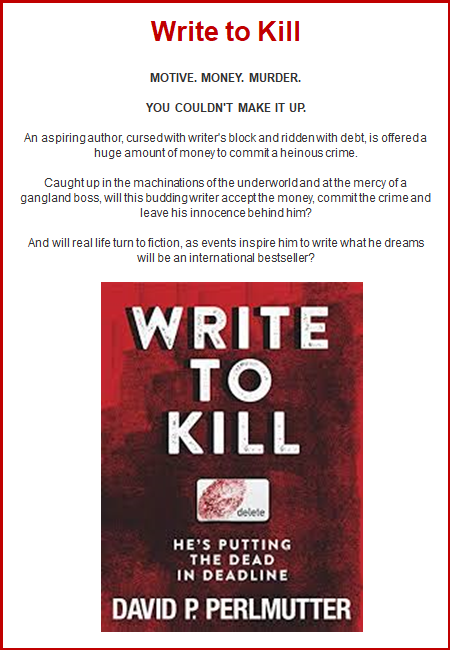 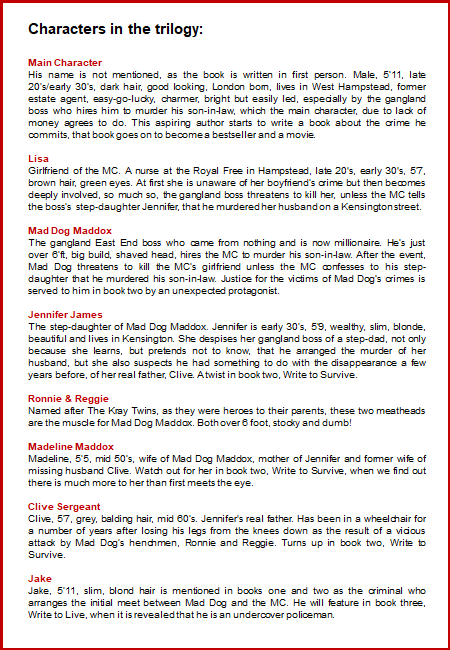 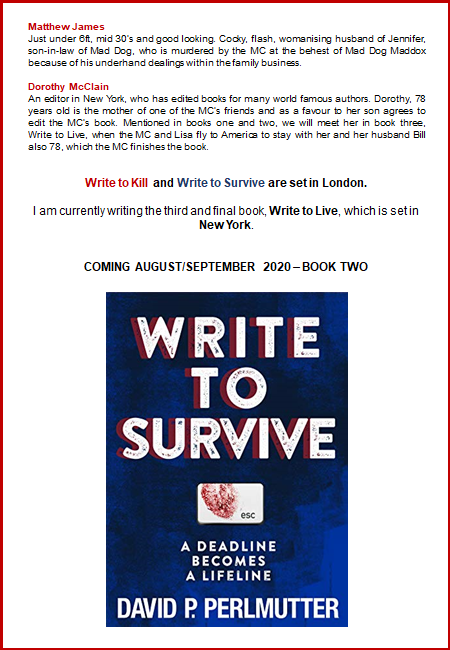 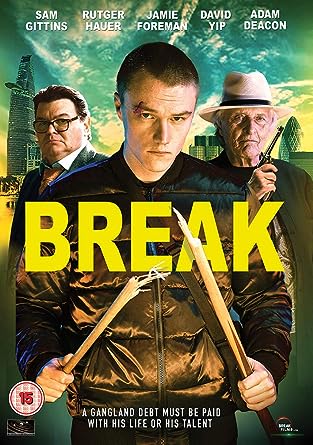 Spencer Pryde (Gittins) is a promising snooker player caught up in London's gang culture of drugs and knife crime. Estranged from his father (Mably) who is serving a lengthy prison sentence, Spencer lives on a rough estate with his mother Cathy and spends his time hanging out at the local snooker hall, owned by retired gangland figure Ray (Hauer).

Spencer seems destined to follow in his father s footsteps until a seemingly chance encounter with a stranger named Vincent Qiang (Yip) presents him with an opportunity to play in a prestigious tournament in Beijing. But when Spencer learns that his father has been pulling the strings and is working with Qiang, he rails against their attempt to help him.

Then an insurmountable debt to Ray leaves Spencer with a dilemma; stay and face the music or use the talent he has been blessed with and make a break for a better life.

Pre-Order Your Copy Of Break

Written In The Stars by Ruth Brooks - Published by Pegasus Publishers

Written In The Stars

What if you met your idol?

A chance meeting on a plane. Two people's destinies collide.

Flight attendant, Amy Armstrong, is infatuated with Zach Hayes, the lead singer with Sovereign X. When he appears on her flight, she's blindsided; can she keep her emotions in check? Can she make a lasting impression?

Two years later and now a journalist, Amy encounters him again with a new opportunity to make an impact... The sexual chemistry between them is amazing. But now she's in a serious relationship with Will, the man she loves... She thought Will was ‘the One', or is he? Should she seize the once-in-a-lifetime opportunity to see what may happen with Zach?

Surely their fate is Written in the Stars, but what will the consequences be? Will Amy choose the love of her life or the man of her fantasies?

Pre-Order Written In The Stars

Take a Simple Drive to a Healthier Life: and Live Longer Too! by Roger Smith

Take a Simple Drive to a Healthier Life:

and Live Longer Too!

“You don’t know what you have until it’s gone”. This saying is especially true for your health.  Random luck plays a large role, but you can make your own luck as well.

With over 25 years of experience in family medical practice, Dr. Roger Smith has seen many telling examples of this.

Just as you need to provide sufficient care for your car to keep it running well, your own personal vehicle (your body) is no different. If you neglect to service your car or ignore warning signs of trouble, you risk a major breakdown. Neglecting your car may be expensive, but at least it’s replaceable. Unlike your body – where it’s not so easy to undo years of neglect.

But with the right attention and personal effort, you will be able to perform a skilful U-turn and your health may improve dramatically.

So come along for a simple drive to a healthier life, and live longer too!

The Fathers, the Sons and the Anxious Ghost by Jamie Adams

The Fathers, the Sons and the Anxious Ghost 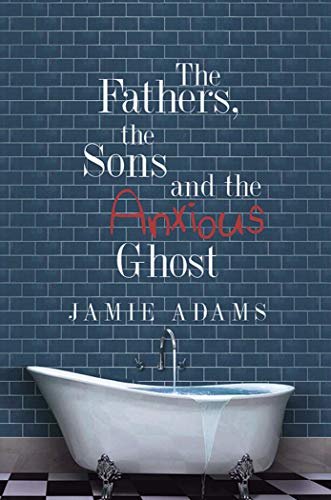 Three guys in their thirties have something in common. Their children all go to the same school. One day a tragic event leads to them having to deal with a lurking aftermath which draws them into each other’s lives and causes them to rethink their attitudes to just about everything.The children tell the second part of this story, ten years after the initial events. The dust seems to have settled until one of them uncovers information that throws everything back into chaos.The third part… well that will have to wait.

The Fathers, the Sons and the Anxious Ghost

The Tap-Dancing Pigeon of Covent Garden by Serena Hassan

The Tap-Dancing Pigeon of Covent Garden
by Serena Hassan 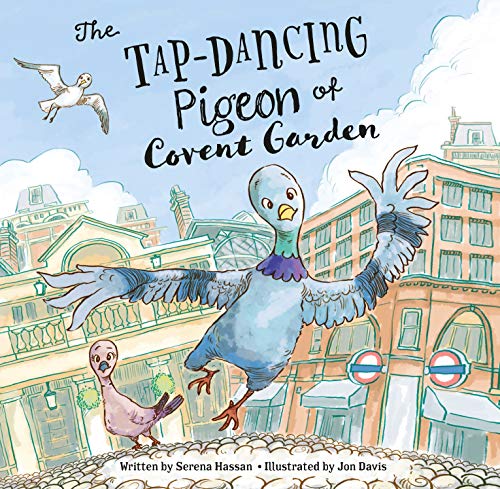 Have you ever seen a pigeon tap-dance? Or heard of a pigeon that loves opera?
THE TAP-DANCING PIGEON OF COVENT GARDEN is a charming story that will touch your heart and make you laugh.
It’s all about Pigeon, who leaves the family nest and travels to London to find his passion in life and a place he can truly call home . . .
Fly Over To Amazon And
Buy Your Copy Of
The Tap-Dancing Pigeon of Covent Garden
Posted by David P Perlmutter 0 comments

The Girl from the Hermitage by Molly Gartland

The Girl from the Hermitage 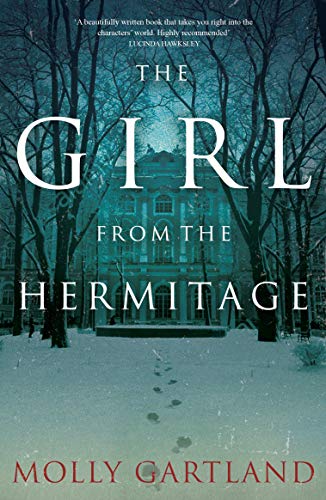 It is December 1941, and eight-year-old Galina and her friend Vera are caught in the siege of Leningrad, eating soup made of wallpaper, with the occasional luxury of a dead rat. Galina’s artist father Mikhail has been kept away from the front to help save the treasures of the Hermitage. Its cellars could now provide a safe haven, provided Mikhail can navigate the perils of a portrait commission from one of Stalin’s colonels.

Nearly forty years later, Galina herself is a teacher at the Leningrad Art Institute. What ought to be a celebratory weekend at her forest dacha turns sour when she makes an unwelcome discovery. The painting she embarks upon that day will hold a grim significance for the rest of her life, as the old Soviet Union makes way for the new Russia and Galina’s familiar world changes out of all recognition.

Warm, wise and utterly enthralling, Molly Gartland’s debut novel guides us from the old communist world, with its obvious terrors and its more surprising comforts, into the glitz and bling of 21st-century St Petersburg. Galina’s story is at once a compelling page-turner and an insightful meditation on ageing and nostalgia.

Buy Your Copy Of The Girl From The Hermitage

James Bond - No Time To Die by Beth Macari

No Time To Die
by Beth Macari 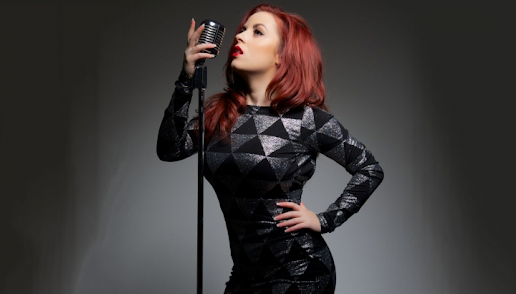 A power hungry politician, his burning secret, and the unyielding young mother caught in the middle. 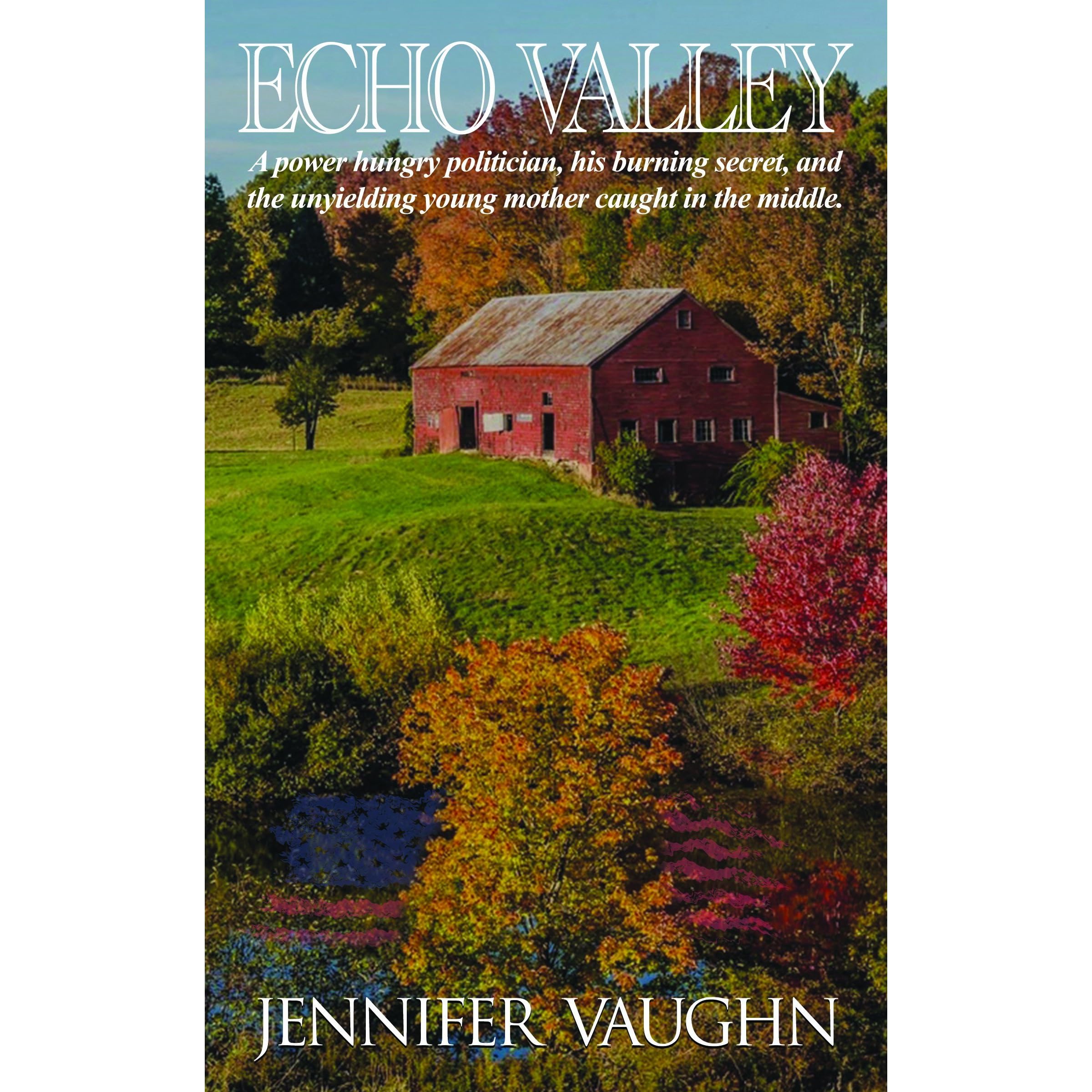 Bo Carmichael thought Echo Valley, New Hampshire, was in her rear view mirror. Circumstances lead her straight back. Now, the one-time aspiring doctor is raising a son she never planned on having and toiling away as a hairdresser to pay the bills.
When her boss hands her a plum assignment--preparing the family of a leading presidential candidate for a photo shoot--Bo unwittingly stumbles into a scandalous encounter between the happily-married senator and his exquisite female staffer.
She becomes an unacceptable risk. To keep the potential president's dirty little secret under wraps, his loyal operative constructs a web of lies that paint Bo as a street-level criminal. She retreats to the one place that used to make her feel safe--her grandfather's farm tucked away in the Great North Woods.
Detective Beckett Brady dissects the odd angles of this case. Guided by a hot-blooded yet inexplicable bond to Bo, he recruits his former mentor to help unravel the hastily hatched operation to keep Bo quiet. As powerful forces close in, Beck joins Bo at the farm, neither of them expecting the furious rush of desire almost as palpable as the danger they face.
Buy Your Copy Of Echo Valley
Posted by David P Perlmutter 0 comments

Pitch Deck with suggested Actors by Readers PLUS CHAPTER TITLES and Read The First Chapter Of Write To Survive - Book Two In The Write To Kill Series!

Book one, Write to Kill, follows the misadventures of a debt ridden, budding author, who gets involved with London underground boss, Mad Dog Maddox. The author commits a heinous crime for money and then starts to write a book based on his experience. 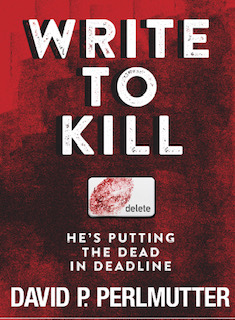 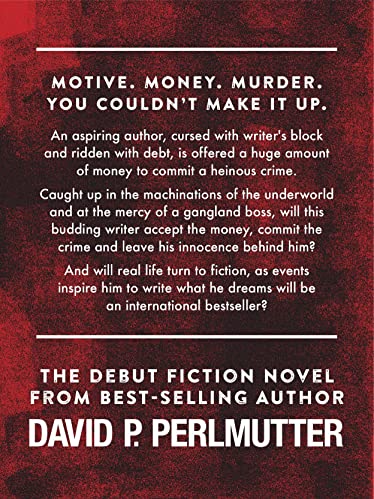 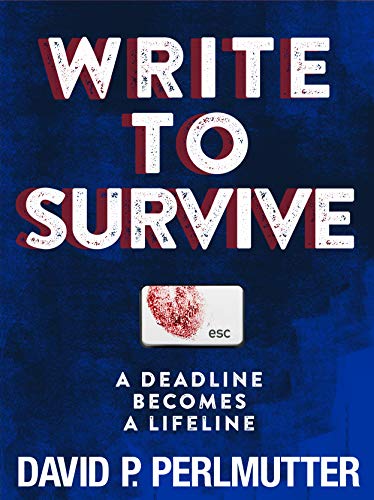 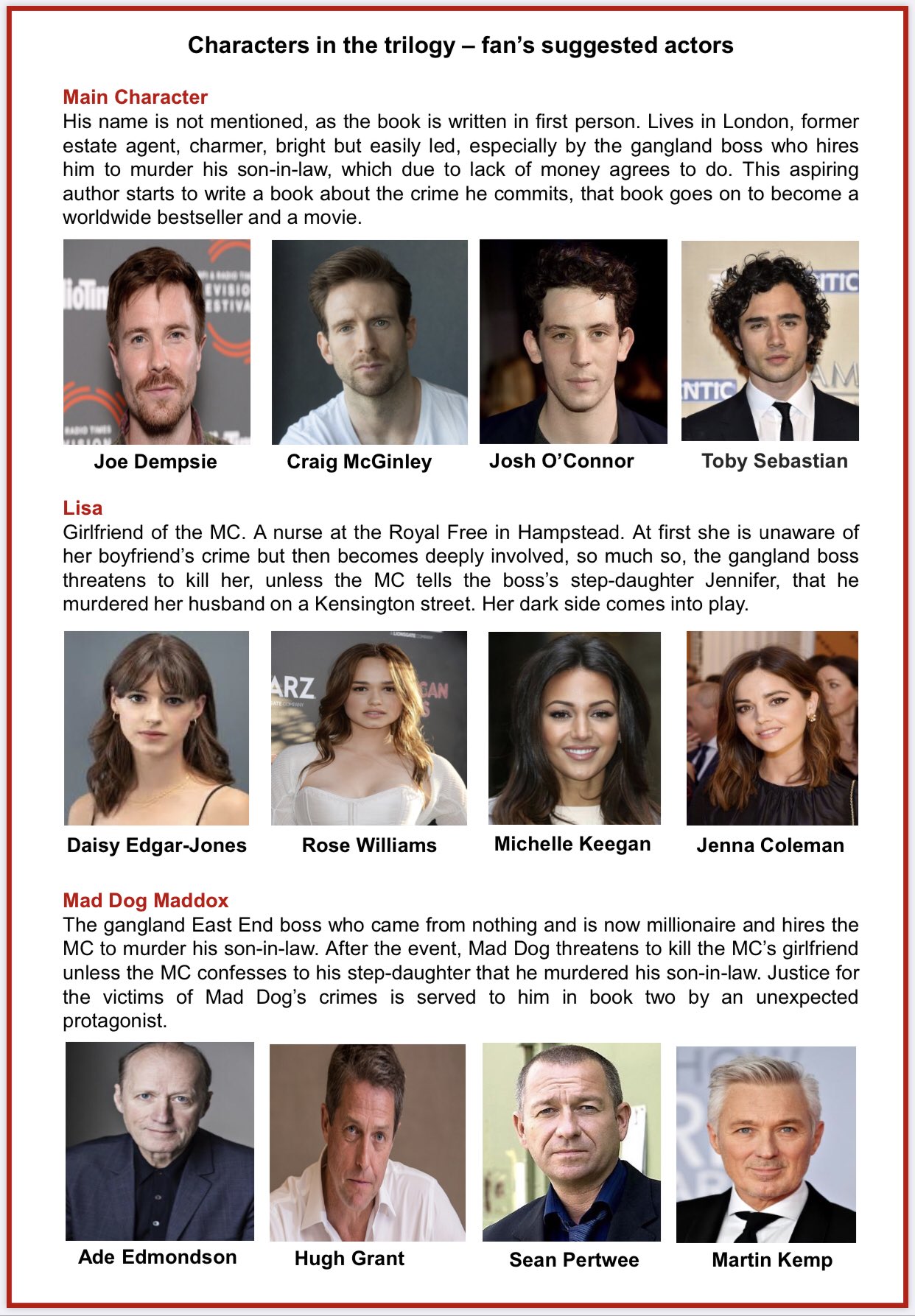 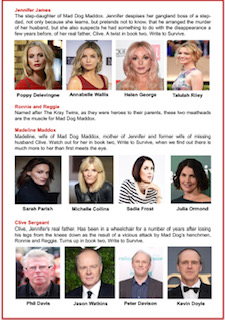 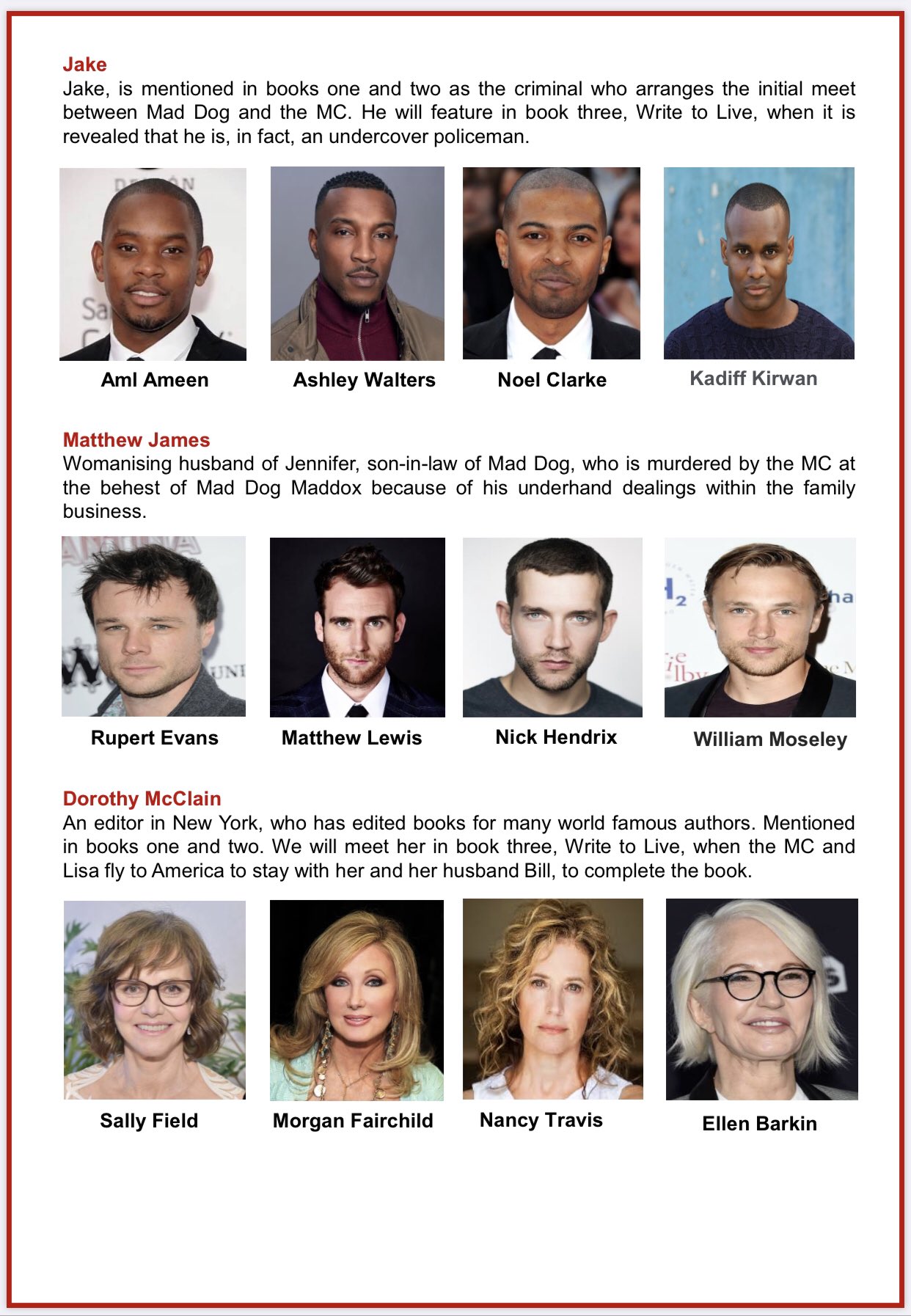 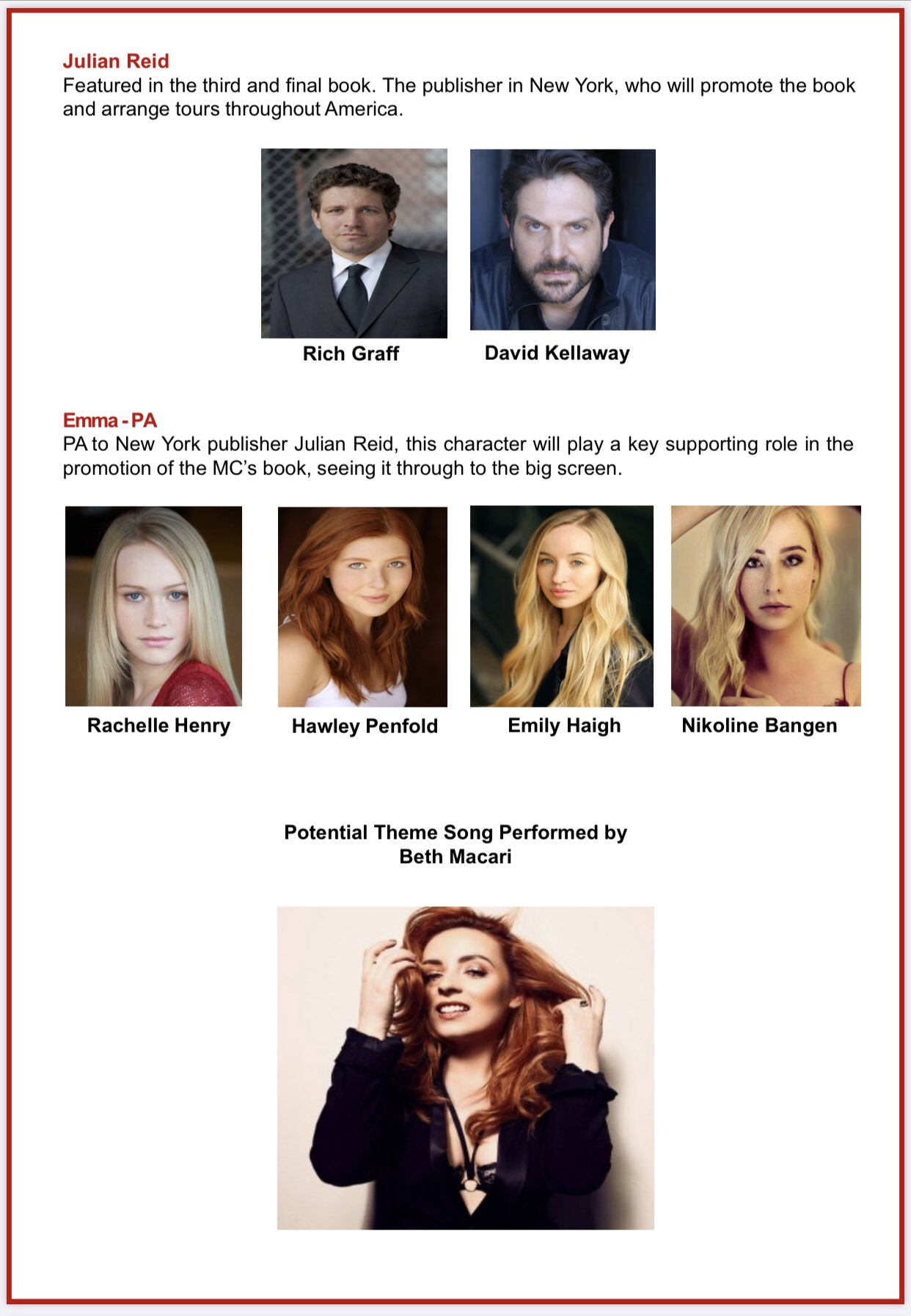