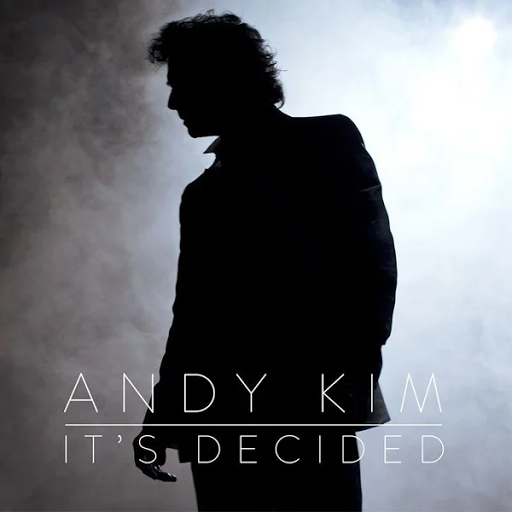 Andy Kim is a dreamer. (We have something in common Andy)

At the age of 12, Andy had a vision for what he would become.  It is still the child within Andy that leads him along today.

Having scraped together 40 bucks, and much against the better wishes of his parents, Andy boarded a bus from Montreal to New York City.  Andy was only in New York City for a couple of days, but he accomplished his goal.

He just walked into the Brill building, into the offices of Leiber and Stoller, and asked to speak to Jeff Barry.  He was given 5 minutes.  Jeff liked what he heard, and Andy's musical career got its start.

Eventually, Jeff signed Andy to his Steed record label and he produced and co-wrote Andy's first top 20 hit, “How'd We Ever Get This Way?”, which sold 800,000 copies.

Andy had a number of other top 20 hits at that time, including the top 5 Baby I Love You, which earned Andy his first gold record selling more than 1.5 million copies.

That same year, he co-wrote “Sugar, Sugar” for fictional popsters The Archies. The song was No. 1 for four weeks and became Billboard’s Record of the Year and the biggest-selling record of the year. Ike and Tina Turner covered the song, so did Wilson Pickett. And so did Bob Marley. All of this, in the year of Woodstock.

In 1970, the very first JUNO Award ever given out was to Andy for Male Vocalist of the Year.

In 1974, Andy wrote a new song called “Rock Me Gently” and absolutely no one wanted to produce it.  Andy loved the song, and he wouldn't take no for an answer.  He formed his own record company, called !CE, and produced the record on his own.  When it was released, “Rock Me Gently” went straight to #1 on the Billboard charts and it remained on the charts for a staggering 4 months.  This second #1 Billboard song added to Andy's international success.

Suddenly, again, he was a star. He met Elvis. He hung out with Phil Spector. John Lennon handed him his gold record.

In 2004, Andy’s collaboration with Ed Robertson of The Barenaked Ladies’ “I Forgot To Mention” gave him another Top 10, and Andy was voted by Canadian Music Week as the Best Solo Indie Artist of the Year.

2015 saw It’s Decided, a brand-new record produced by Kevin Drew of Broken Social Scene on the Arts & Crafts label, home to artists such as Feist, Chilly Gonzales, The Stills, and Stars. The fans of those bands took notice. It was highly praised and talked about in Pitchfork, Rolling Stone, Uncut Magazine. David Letterman was flushed with gratitude and fandom when Andy sang on his show.

A true Canadian son, Andy has recently been awarded the country’s top industry honours including the Canadian Music Industry Hall of Fame and a star on Canada’s Walk Of Fame. Andy is a member of Songwriters Hall of Fame, was inducted into Billboard's Hit Parade Hall of Fame, and in 2017, For the 2nd time in their 70-year history, SOCAN honoured Andy with their Cultural Impact Award. Over his epic career, Andy has sold over 30 million records, and has over half a billion streams on Spotify and YouTube.

And for now, Andy just keeps writing and performing his songs, because that's all he's ever dreamed of doing.

Andy Kim performs his hit "Rock Me Gently" at the Canadian Music Hall of Fame Induction Ceremony in Calgary, Alberta.