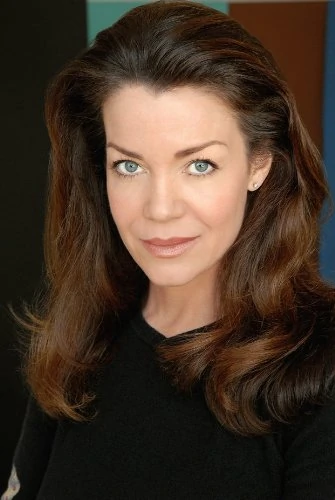 Who is Claudia Christian?

Claudia is the most recognized advocate for MAT (medically assisted treatment) for alcohol use disorder (AUD).

Claudia has been in the entertainment industry for over 35 years as an actress, writer, producer and voice over talent. Claudia has starred in over 50 films and hundreds of hours of television including the female lead in the Emmy and Hugo award winning series Babylon 5. She has worked with some of the best actors in the business including Morgan Freeman, Michael Keaton, Burt Lancaster, Kirk Douglas, and Faye Dunaway and countless others from the Brat Pack to classic film stars. She also provides voices for some of the biggest games in the world including SkyRim, Halo, World of Warcraft, Call of Duty and Fallout 4.

What is Claudia's unique position in the speaker's market?

Claudia brings experience as a natural entertainer to her talks. She is comfortable in front of an audience, warm, funny and engaging. Her experience as someone who suffered from alcohol misuse for nearly a decade brings compassion and understanding to the plight of an addict. She has personal experience of the addiction treatment industry and how ineffective it is and how the simple medical treatment that one can do at home; MAT is not only cost effective but also life saving and she is living proof. Her mission is to save lives first and foremost but also to save businesses money by educating them about evidence based treatments so that they can consider utilizing them for their employees in need. The average cost of traditional rehab is over $1,000 per day. TSM can be done for the cost of the medication (about a dollar a pill) with no need for costly therapy or missed time at work and other medications combined with therapy have had huge success at a fraction of the cost of traditional treatment. An individual can use medication and support via telemedicine, for example, in the privacy of their own home making it especially beneficial for those who do not wish to have alcohol misuse on their record ie: lawyers, doctors, pilots, etc. Alcohol related causes kills far more people in the US than opiates yet gets little attention or funding and has possibly the worst, least effective treatment of any disease in the world. The CDC estimate that 72% of the 249 BILLION dollars spent on alcohol misuse in the USA is paid for by businesses.

What are Claudia's books and documentary about?

Claudia wrote a memoir in 2012 (Babylon Confidential) that tells of her experiences in Hollywood and her battle with alcohol addiction. The book was #1 on Amazon and has mostly 5 star reviews. She also writes alternative history novels. Tor/Macmillan published Wolf's Empire in 2016 to terrific reviews. She has a new young adult novel coming out in 2020 also with Tor/Macmillan. In 2014 she produced a documentary about TSM (One Little Pill) that explains the science behind the treatment and takes a look at real people on TSM. It is available on Amazon, Hulu, Tubi and also at: https://www.onelittlepillmovie.com.

Claudia released a cookbook for gamers in 2019: Snack Hacks, available on Amazon and at bookstores.

What size of audience does Claudia speak to?

Claudia has spoken at Universities such as UCLA and USC to hundreds and at churches to dozens. She has done a TEDx talk at the London School of Business and spoken to thousands at large conventions. She is comfortable with any size crowd.

Is Claudia a good sport? Someone happy to do dinners, meet and greets etc.?

Heck yes, Claudia is known for her easy going ways and enjoys meeting people immensely, she is the embodiment of a "people's person" and loves learning about an individual's job, goals and dreams.

Which speech is Claudia most proud of?

Claudia's TedX talk has reached over two million people and saved thousands of lives, she is enormously grateful for that opportunity and hopes to continue helping people live happier, healthier lives and helping doctors, families and businesses deal with addiction in a more humane manner while saving money. Alcohol misuse costs the USA nearly 90,000 lives and 250 BILLION dollars per year, she believes it's time to make profound changes and put this epidemic behind us using early treatment and science based methods.

The website of Claudia Christian
Posted by David P Perlmutter