Let's meet nine year old author Annabelle John-Ligali, who's book, "Lost in Christmas Wonderland" is out on the 1st December! 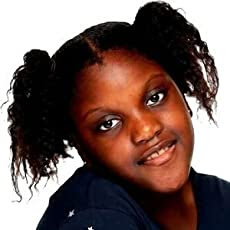 Annabelle is nine years old and lives in London.
The inspiration for her book came after she visited Winter Wonderland in London's Hyde Park in November 2019.It was here she first saw an Upside Down House and had heaps of fun filming and visiting all of the rooms.Annabelle was so fascinated that she decided to vlog about it on her Youtube channel at @annabellepresentsShortly after her visit, she thought how fun it would be to write a story about a girl who visits a Christmas theme park with some friends and goes on a little adventure.Outside of school, Annabelle enjoys playing with her brother, vlogging about books that she's read and places she's visited. She also likes making up dance routines to songs that are trending on Tiktok and when she wants to have a giggle, she plays Guess Who with her mum.She also likes to bake cookies and her favourite Caribbean coconut fried bakes. Her favourite authors are Alesha Dixon, Trish Cooke, Jaqueline Wilson, David Walliams, and Ben Miller.
She also likes reading magazines; Cocoa Girl and is a subscriber of First News For Kids which are her favourites.
This is Annabelle's first book, and she hopes you like it.
CONNECT WITH ANNABELLEInstagram: @annabellepresentsWebsite: www.annabellejohnligali.com

When ten-year-old Bella Matthews and her mum, Isabel, visit granny Sylta in the snowy village of Lakersfield for Christmas, it turns out there is more in store than just Christmas cake and a ton of presents. When she arrives, she meets her cousin Rita, and a boy called Tommy for the first time and catches up with her friend Iris again too. Together they discover an exciting attraction is in town: A giant Christmas Wonderland Theme Park.

They are dazzled by hundreds of decorated Christmas trees, a Musical Nativity, a Santa Parade, an Upside Down House, and many more attractions.
But Bella ends up having an unexpected adventure of her own as she dances with pot-bellied Santas, discovers a palace made entirely out of glass, wanders into an intriguing puzzle room, and treks for miles to find shelter on a snowy night.
Can Bella find her way back to granny Sylta’s house in time for Christmas dinner?
Lost in Christmas Wonderland is a story about courage, kindness, friendship, the importance of family, and the magic of Christmas.
WHAT READERS ARE SAYING ABOUT - Lost in Christmas Wonderland
'The perfect Christmas story filled with friendship, love, festivities, and most of all wonder, that will certainly grasp young readers' attention and inspire a love of reading!' Leonie Jackson (Primary School Teacher)
Published on 1st December
Pre-Order
Lost In Christmas Wonderland

Worth It: How a Million-Dollar Pay Cut and a $70,000 Minimum Wage Revealed a Better Way of Doing Business by Dan Price

How a Million-Dollar Pay Cut and a $70,000 Minimum Wage Revealed a Better Way of Doing Business 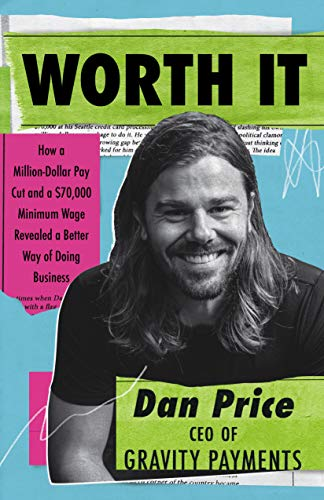 Dan Price gained worldwide attention in 2015 when he announced that he was instituting a $70,000 minimum wage at his company, Gravity Payments, and would slash his $1 million salary in order to pay for it.

While many praised the decision as a bold step toward combating income inequality in the United States, others vilified Price as a radical socialist whose "experiment" was doomed to fail. But behind the headlines and controversy lay a much more nuanced and personal story--a story of an entrepreneur who realized he could no longer claim to be sticking up for his values if he continued to pay his employees anything less than a living wage.

How could a business dedicated to helping small businesses succeed fulfill its mission if the people responsible for helping those businesses were struggling to meet their own most basic needs? In this book, Price shares the experiences and events that shaped his decision--from his conservative, Christian upbringing in rural Idaho to the milestones that made him rethink the true purpose of business--and shows how taking a huge risk ultimately helped his company become more resilient and competitive.

Calling on leaders to set and execute on their own purpose-driven visions, Price forces readers to question traditional market-centric business wisdom in favor of a more human--and much more sustainable--approach. It’s not easy, he argues, but, in the end, the rewards will be worth it. 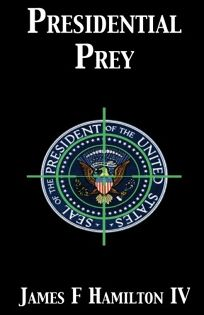 One fact emerged as indisputable: Security surrounding the President of the United States was inadequate. President James Atwater is one of the most popular presidents in American history.

However, his recent military actions in the Middle East have created enemies. When President Atwater escapes the rigors of his D.C. life and returns to his rural Minnesota boyhood home for a little R&R, nobody anticipates what happens next.

President Atwater is forced to fight for his life while protecting the woman he loves and the country he serves.

The Ghosts of Normal by Allison Burnett

The Ghosts of Normal 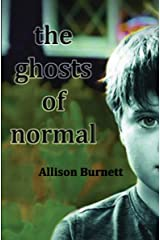 Nine-year-old Max Beatty is still struggling with the recent death of his father. One day after school, he follows an injured dog into a condemned house, ravaged by fire.

To Max’s amazement, he finds himself inside a beautiful home, inhabited by a loving family from the 1930s. Max’s interactions with the family will change not only his life, but those of everyone around him, both living and dead.

The Ghosts Of Normal

"But You Said...?!": A Story of Confusion Caused By Growing Up as an Undiagnosed Autistic Person by Emma Wishart

"But You Said...?!": A Story of Confusion Caused By Growing Up as an Undiagnosed Autistic Person by Emma Wishart 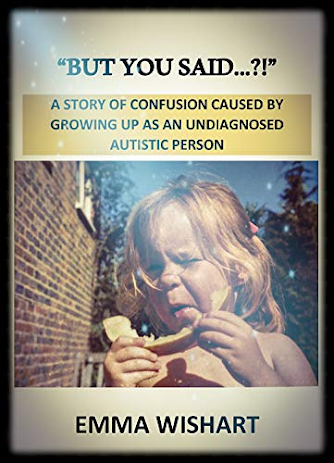 This is the autobiography of someone who grew up not knowing she was autistic. Diagnosed at the age of 45, Emma’s life was fraught with unrecognised danger, but somehow she escaped mostly unscathed.
She describes some of the many dangers and pitfalls there are for the young autistic person who doesn’t understand people and how the world works.
Autism doesn’t always present in the stereotypical ways portrayed in the media or in medical textbooks and the author shares some unique insights into what being autistic means for her.
She hopes to raise awareness of the differences in our cognitive and communication styles in the hope that it will increase understanding for other autistic people.
It is a valuable guide for those wishing to understand autism from the autistic perspective.
It is a journey of self-discovery and self-acceptance; a tale of ducks, knitting, music, Antipodean adventure and homelessness.
Buy Your Copy Of
BUT YOU SAID
Posted by David P Perlmutter 0 comments 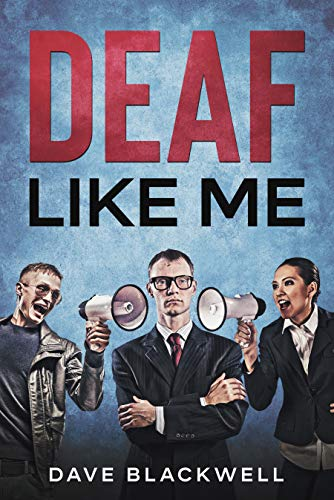 On the first day of his vacation, George is called back into work after a crisis grips the workshop. Guilt tripped by a colleague, he reluctantly returns to work where a lady from the past, captures his heart.From the moment he walks in, the very reasons why he had planned a months’ vacation become apparent. Having just turned forty, George is profoundly deaf, wears an implant and lipreads.Never taking anything seriously and has no filters in life, George resorts to turning everything into a joke and releasing his blunt responses on anyone that dares to get in his way or make his hearing disability an issue. With a sarcastic attitude and a short fuse, those around him begin to bring out the worst and he takes no survivors.A working week slap bang in the middle of a pandemic that picks at situations old and new, where life for a deaf person is complicated and far from ordinary.Annoyance and comedy that will make you laugh, groan and roll your eyes.
Grab Your Copy Of
Deaf Like Me
Posted by David P Perlmutter 0 comments

New song 'The Addict' by Fireproven 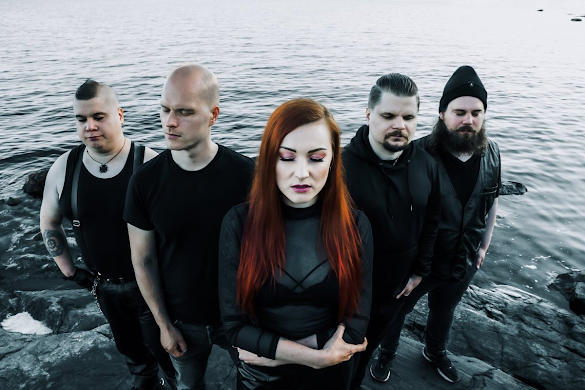 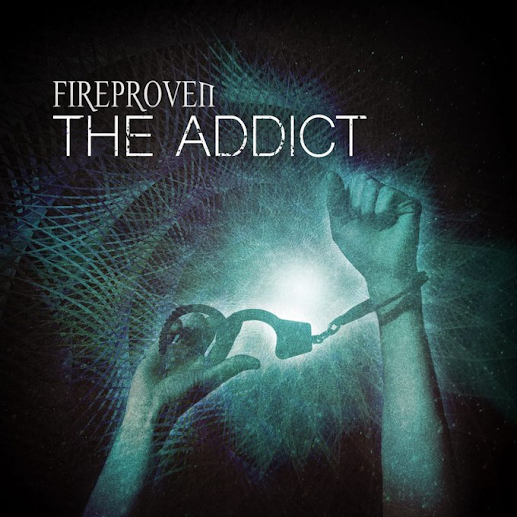 New song 'The Addict' by Fireproven from Finland out on December 4th!
They're so excited and can't wait for the WORLD to finally hear what they've been working on.
Save the date and prepare yourselves!
Fireproven is a progressive metal band from Finland.
The band is known for the energetic live performance and hard-working attitude.
Fireproven released their first album Future Diary 23.3.2018 and they have also published
two singles before the album release. Singles Shine and The Tower has both raised lots of interest in media and also among the listeners.
International Underground Music Video Contest rewarded music video Shine for the best director of photography.
The band's previous release Omnipresence got full scores in many reviews including
Inferno, the biggest metal magazine in Finland.
Music video New Born Truth from
Omnipresence has also succeeded internationally.
Fireproven's keys to success are great contacts to their fans and with media around the
world.
The band's unique sound has inspired people across the genre limits to enjoy the freedom of music.
Follow Fireproven on twitter
Follow Fireproven on Vero
Connect with Fireproven on Facebook
Check out Fireproven on youtube
Check out Fireproven on Spotify