The Face of a Monster: America's Frankenstein by Patricia Earnest Suter

The Face of a Monster: America's Frankenstein
by Patricia Earnest Suter 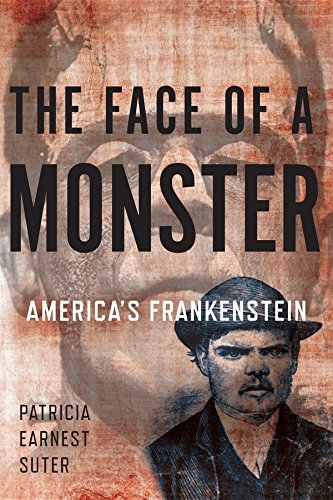 The year 2018 will herald the 200th anniversary of Mary Wollstonecraft Shelley's Frankenstein, or The Modern Prometheus. The timing seems right for the story of a real monster. German-born immigrant Anton Probst arrived in New York in 1863. Within two hours of his arrival he enlisted in the Union Army. During the American Civil War, Probst bore witness to mankind's brutality. Afterwards, he became an inmate at the disreputable Blockley Almshouse in Philadelphia.
Frankenstein was first conceived by Shelley in 1816. Her monster was an embodiment of abandonment and loneliness, feelings Shelley shared. In despair, the creature resorted to violence. Fifty years after Frankenstein's conception, Anton Probst adopted characteristics of Shelley's monstrous creation. He became Philadelphia's first mass-murderer when he slaughtered members of the Christopher Dearing family.
After his death, Probst's story continued. The creature that he had become left a deep impression on the people of Philadelphia and New York. Researchers used Anton Probst's body to show the effects of galvanization, the same means by which Frankenstein's monster stirred to life. Incredibly, similarities surface between Shelley and her circle, her monster, and events that transpired when the blood of innocents was shed an ocean away. One defining difference is present. Unlike Shelley's creature, the story of America's monster is very real.

Buy The Face of a Monster
Posted by David P Perlmutter